I am happy to announce that I will be presenting a new series of outdoor photography classes and workshops this summer in partnership with the Centerville-Washington Township Park District in two of their parks, south of Dayton, Ohio. Programs will be presented at both Bill Yeck Park and Grant Park, both located in Centerville. These areas are beautiful locations for learning and practicing outdoor nature and landscape photography, offering a variety of habitats including woodland trails, creeks, and tall grass meadows.

I will be leading each class through the basics of exposure and best camera settings as well as developing artistic vision for natural compositions. Subjects will range from insects, wildlife, plants, flowers, and the wider landscapes and skyscapes that make summer in Ohio so beautiful.

There are both weekday and weekend classes available. The dates, locations, web page with details are as follows for each class. Prices are listed on each page:

Registration is now open via the links listed above, however, students will need to create an account first @ https://cwpd.recdesk.com/CommunityHome.

Students are encouraged to bring an entry level DSLR camera with changeable lenses or a point and shoot camera with manual exposure capabilities. Each class will include time within the classroom reviewing the basics for effective digital image editing.

Below is just a sampling of some of the images I’ve captured last spring and summer at Bill Yeck Park.

The photographer artist is beholden only to the limits placed on him or herself, to see, to surrender, to express. There must always be somewhat of a returning to the original story, the essence of what has never failed to move the artist to act deliberately to carry the beauty of the conversation between light, subject, photographer and viewer. The motivation never ceases because the rewards go far beyond simple recognition of a statement made and the person making the statement. For the artist art is life itself. 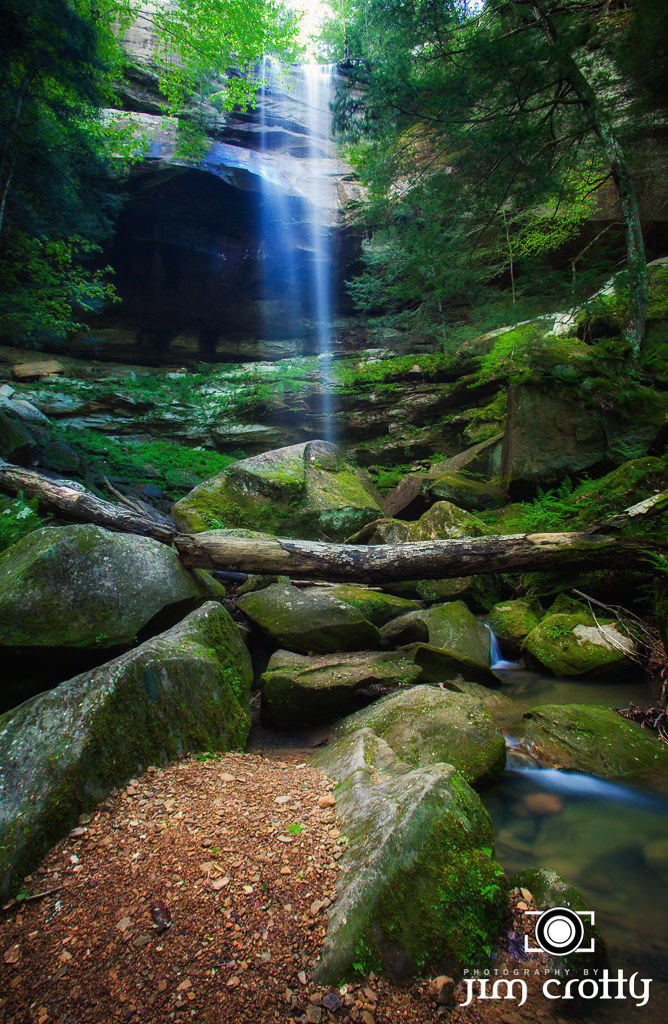 Presenting my “Best of 2014” slideshow/video, highlighting what I think are my personal favorite nature and landscape images taken throughout the previous year. The images are presented in order, from January through the end of December, showing the progression of the seasons and the change in light.

This particular slideshow carries even more personal meaning due to the fact that soon I will be leaving my home on “Raptor Ridge” in Greene County, Ohio. I’ve sold the eight acre farmhouse and property recently and will be exploring other opportunities for my photography and photography instruction by staying somewhat flexible and free from the responsibilities of caring for a property of that size, for the time being.
For a few weeks beginning in mid-March I will be offering field photography instruction in New Mexico, working in conjunction with New Mexico Jeep Tours. I will still maintain Picture Ohio LLC in Dayton. This endeavor is exploratory in nature. I do plan to present spring workshops in Ohio, in possibly April and May.
I will always be thankful for my home and photographic experiences on Raptor Ridge. Part of me will always linger on those sunsets and with those sunrises overlooking the Beavercreek Wetlands as well as some wonderful memories shared with my kids.
Life and photography are ever-changing and I know with me there have been more than the usual amount of changes and moves over the last few years! However one thing will always be constant and that is my passion for photography and my love of sharing my photographic discoveries with others. I am blessed and thankful to have the art of photography to serve as my main channel for expression and connection.

It would be an understatement to say I am thankful for the arrival of spring in Ohio. This past winter was just brutal. Sure, there were days of beautiful snow and wonderful winter window light, but you never fully realize just how hard winter in Ohio can be until you experience it from the vantage point of a 115 year old farmhouse on eight acres of farmland, one which isn’t connected to all those great utilities we tend to take for granted. Don’t ever allow someone to convince you that propane is an inexpensive way to heat a house during winter!

But spring has sprung and perhaps the best month for nature photography in Ohio is upon us – beautiful May. April was pretty awesome too. I posted this note on my photography Facebook page providing a recap of my experiences during the 2014 Shoot the Hills weekend event in Hocking Hills, Ohio.

More than just an event, Shoot the Hills has become a celebration of spring of sorts, where photographers of all skill levels come together to shake-off the last of the winter blahs and relish in the beauty that is spring in our beloved Hocking Hills State Park.

This had me thinking too. Isn’t the act and art of capturing a photograph just that, a “celebration?” The image that moves both photographer and viewer becoming the visual proof of emotion expressed in appreciation of a moment that will never be repeated again, with that unique harmony and flow of light, subject and setting with the universal need to express beyond what words are capable of describing. The photographer. The subject. The viewer. Expressing, connecting and celebrating.

Spring is much more than a change in the weather. It is a rebirth of creative energy and the lifting of the hopeful spirit. It’s a time to get up, get going and start anew again. Our energy reflects the energy of change that takes place around us, and for me at least photography is representative of that connection between creative spirit and environment.

I’m grateful for spring. All is new again within the elegant mystery of the divine constant.

The best way for me to express the incredible experiences of 2013 is by sharing my personal favorite images from throughout the year. January 1 2013 began on Hilton Head Island. By the end of the month I was on my way to Texas and by the beginning of July I was back home in Ohio. I’ve taken some kindhearted ribbing from a few family members and friends regarding the craziness of my moving twice in one year, but, I still believe that it all happened for a reason and to set the stage for greater blessings down the road. Besides, at least I can say “done that, been there, I tried it out.”

One of the important lessons I learned is that the grass is not always greener on the other side and Ohio can be a pretty awesome place to live. It gets a bum rap by many who grow up here. It deserves much better. Another lesson is to carefully think through the advice of others when they give you their opinion about where and how you should live your life. Just saying. I have a tendency to be too much of a people-pleaser, much to the determent of my own health. I’m working my way out of that, one day at a time. Follow your heart and those who love and care will fall in around you.

Another lesson reinforced is the fact that the best images arise from where and when the heart is engaged. It’s not so much of chasing images in many locations but rather letting go of expectations and following the heart and the blessings that are presented, even if just outside the back door or down the road.

All in all I am very thankful to have finally landed back in the Dayton Ohio area, enjoying life and photography on my little eight acres of rural heartland. The journey has been incredible, tiring, wonderful. So many images captured that could have made my top ten list. It was hard to select the ones to post here but honestly these are the ones that carry the most personal meaning for me, whether they were popular on social media or not, it’s the personal connection and story that counts.

These images are no particular order. Here goes –

March 2013: Altus, Oklahoma. At the beginning of February I had moved to Frisco, Texas, just north of Dallas. It’s one of the fastest growing communities in the United States. Lots of development. Lots of young families, but very limited as far as subject matter for the type of photography that I am known for and enjoying shooting. In order to find the “good stuff” had to take trips out of the Dallas metroplex. One location that I thoroughly enjoyed were the small towns and scenic hills in and around the Wichita Mountains Wildlife Refuge in Oklahoma. This scene immediately caught my eye, along the streets in Altus, Oklahoma. It presented a contrast and composition I could not resist. I’m a sucker for weathered, old and vintage. These scenes are full of character.

Keep to the Old Roads. Frisco, Texas. For me at least the most fulfilling photographic experiences are those that I share with my children. Even when they are sitting in the car complaining “oh geez dad not again, really?” I know that what I am sharing with them is having a positive impact. This was a late afternoon in early April along of the few remaining rural roads on the outskirts of Frisco, Texas. My daughter Chloe was with me. She accompanied me on an outdoor portrait session for a large family near their home in Frisco. Afterwards, as we were driving back home, I noticed the sky breaking up and the sun streaming through. I just needed the right foreground to capture it so I headed over to this farm road which was near a friend’s house. This image speaks of the change of seasons on the open prairies of North Central Texas and more importantly a memory shared with my daughter Chloe.

Sunset on the Farm. July 2013. Beavercreek Township, Ohio. Home again. I had always wanted to live on farmland with easy access to nature all around me. I finally found it with the purchase of an eight-acre historical farmhouse in Beavercreek Township, Ohio, east of Dayton. I moved in late June 2013. It has been quite an adjustment but the scenes at sunrise and sunset are an incredible blessing. So much just right here around my house. But what came with the purchase as well is the work required to maintain property this size. It can be hard, but fun and fulfilling too. I never thought I’d enjoy an old John Deere tractor so much. This was just after sunset. I had finished cutting for the day, put the tractor back in the garage and was walking back to the house when the sky lit-up with a light that speaks of summers in rural Ohio. There is peace here and I am thankful.

Holy Spirit You Are Welcome Here. Old Man’s Cave, Hocking Hills Ohio. August 2013. Hocking Hills is a very special place. One of the best memories of last summer of going there for a short visit with my daughter Chloe and son Philip. This was Philip’s first visit to Hocking Hills. I had not planned to do any photography of my own other than images of Chloe and Philip, hiking and rappelling, so this landscape image down in the Old Man’s gorge was unplanned. This what makes this image one of my best of the year. It was the experience that it represents that makes it stand-out. Plus there was just something about the light coming down through there on that August afternoon. Peace pours in and gratitude is expressed best in those places and experiences that are shared with loved ones.